How does Drone determine if a test was succesful or not? Once, when it failed to find a program to execute a command with, the test failed, as it should. Another time, when my bash script exited with exit 1 the test “succeeded”. If it does not look for exit codes, what does it do then?

the pipeline step fails if a non-zero exit code is returned by the docker container. You can examine the source code here. There are no known issues with how Drone reads the exit code nor have there been any reports from our users to this effect.

?
How does it determine the “main process” if I run several commands?

are converted to this script: 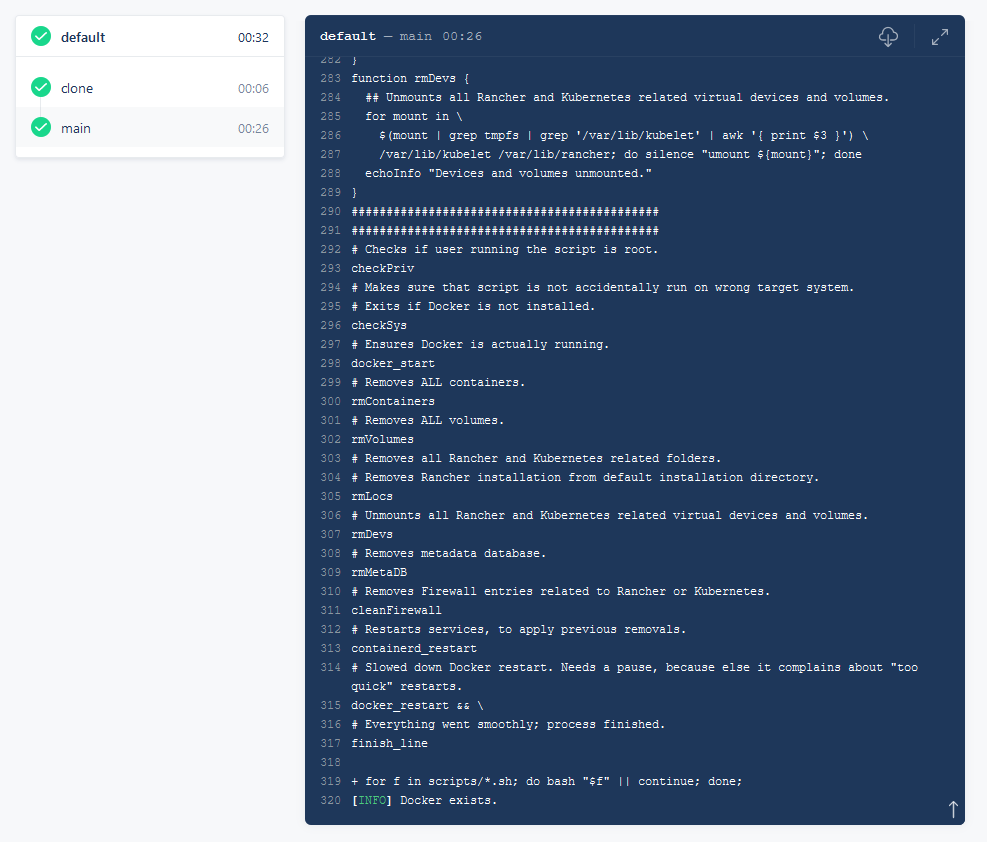 Here I have a green checkmark showing that everything is “OK”, but the script had a little bug, where it accidentally exit 1, because the if condition was set the wrong way. Why is this “OK”?

first you should make sure the bash script uses set -e to always exit on error. Also remember that bash ignores the exit code when you concatenate commands with && or ||, and when you run a command in the background. If a command is failing, and your bash script returns a 0 exit code, it is a problem with the bash script.

Also remember that bash ignores the exit code when you concatenate commands with && or || .

Oh yes, forgot that one. You are right, then it was probably based on that. Thank you for your help!