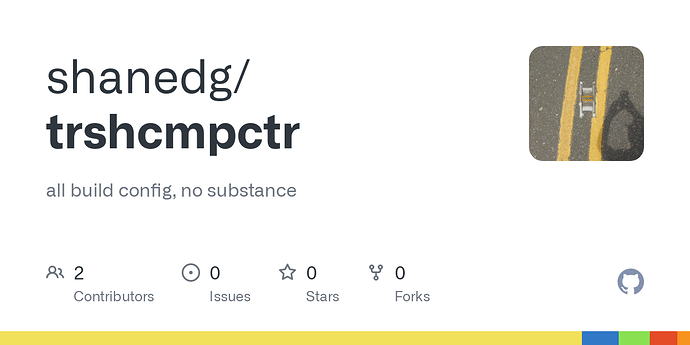 all build config, no substance. Contribute to shanedg/trshcmpctr development by creating an account on GitHub.

Over the past few days, all of the builds I’ve triggered have been stuck in a pending state: 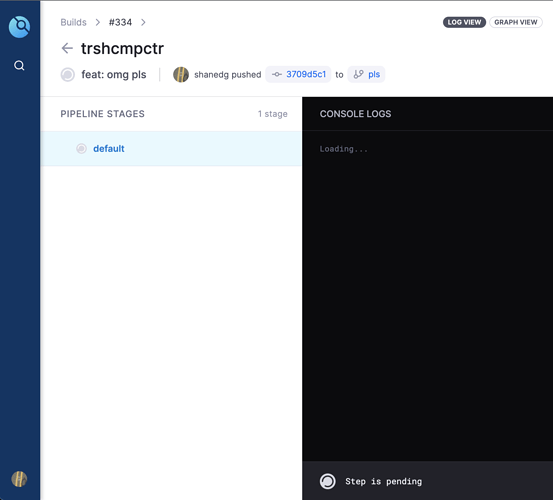 My last successful build was a couple months ago and I’ve made no change to .drone.yml, my Drone Cloud settings, or my Github Webhook integration. I’ve since tried removing all but the simplest steps from .drone.yml but those builds won’t exit pending either:

I wonder if this is a case of extra long wait times, similar to Long pending times on cloud.drone.io - #6 by bradrydzewski but at this point I’ve had builds pending for >24 hours, e.g. Drone CI
Unless there’s a particularly large queue right now, that seems less likely.

Can anyone tell me if there is such an extra-large queue at the moment? Is there anywhere that I can see the state of the Cloud Drone queue?

If that’s not the case, is there anything that might have changed underneath me since the end of September that might be locking up my pipeline like this?

Unfortunately cloud.drone.io has a fixed amount of resources, so if users queue a large amount of pipelines, they will block pipelines for other users.

We are trying to create more content around running your own Drone server and runners, such as Drone CI Quickstart - YouTube and Run your own Drone CI - DEV Community 👩‍💻👨‍💻.

Harness CI also offers a free tier that you can check out here.

@jimsheldon @llivne Thanks for your replies! Is that definitely what’s happening? I just have no way that I can see to tell for myself.

I’d be interested in exploring a free tier of a similar service if it meant I didn’t have to contend with a public queue. What is the difference between Cloud Drone and Harness CI?

@jimsheldon What is considered a large amount of pipelines?

Also why the sudden change? is there a new limit you’ve put in place? can you share what said limit is?

@llivne @shanedg its not an issue of you as an individual user queuing up multiple builds.

The problem is that resources are shared by all users in cloud.drone.io

cloud.drone.io is used by alot of people and sadly is a target for crypto miners who regularly block up these queues, we try to stay on top of removing users / cancelling builds but it is a hugely time consuming task - personally I would recommend standing up your own server - or trying Harness CI free tier.