I thought I would ask it here. It saves me from spending work doing it if it is already done. You know, “all that don’t reinvent the wheel stuff”.

Has anyone developed a Semantic-Release drone plugin that I could use in my drone workflow?
If not, I was going to create one and contribute it back.

I need this plugin and have planned to implement it in October. It would be nice to use your implementation or to be involved in it. Let me know if I may help you.

I am always looking for folks to collaborate with. Many hands make light work.

I have not created the drone plugin template yet. I will be doing that this week. I will send you a PM, with details and we can go from there.

Is there any progress on semantic-release plugin?

Perfect timing. I am nearly finished with it.

Thought, I have hit an issues and I will post here what the problem is:

and within the .drome.yml it is called and looks like this:

However, when I start the pipeline, I get the following error, where both variables are not being passed in.
And this is at the start of the image being called.

Any assistance would be greatly appreciated!

Thinking about this more, would the branch: having something to do with it given it is passing a special character?

Update: When I tested it locally it did not have a problem and worked correctly passing in the -e variables.

Hi, not sure what is the problem here, although if you suspect it is the special character from “branch” you could try wrapping it with single quotes, i.e.: branch: 'feature/drone-semantic-release'

That said, drone injects into every build step a list of environment variables, including a DRONE_BRANCH, which includes your current branch, on ‘push’ events, at least, not sure about ‘pull-request’… in this case, I think it holds the branch your PR is pointing to!

Not sure if this is the most up-to-date list, but works for 0.8: http://docs.drone.io/environment-reference/

Thank you for your assistance. I did try using single quotes around branch: And I still got the same error.

You could also run a command like “env” inside your script to be sure that the arguments are being passed down correctly. And maybe also start the shell in debug mode (set -x) so it prints the “npx” command.

I like to add a “debug:” parameter to my plugins to print stuff like that, so it’s easy to find errors.

I have private repos on github. Mostly backends and frontends for web apps, they’re not npm libraries. 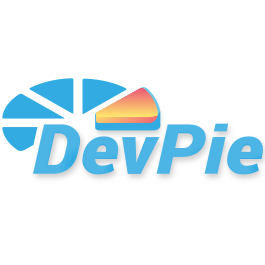